6 November 2020. "I can't wait. I wish Basil and Sipho were still alive to see this!" Pops Mohamed, October 2020. When Mohamed approached label director Rashid Vally at As-Shams in the mid-70s to pitch the idea of his Timmy Thomas-inspired Black Disco project, he never imagined that he would be tethered with two of the most sought-after session musicians in South African jazz, As-Shams stalwarts Basil "Manenberg" Coetzee (left) and bassist Sipho Gumede (right). Their 1975 debut would spur a string of memorable professional collaborations and a friendship that lasted decades. As alternative urban culture fermented in the social and political powder keg of early-80s South Africa, Mohamed retired the Black Disco moniker in favour of Movement in the City. Their second offering yielded one of As-Shams' most treasured releases by way of Black Teardrops (SRK 786150), a singular blend of down-tempo, atmospheric Soul-Funk-Jazz that's been out of print for nearly 40 years. We're pleased to announce a 2020 reissue in partnership with SHARP-FLAT. Grab this LINK for more details. 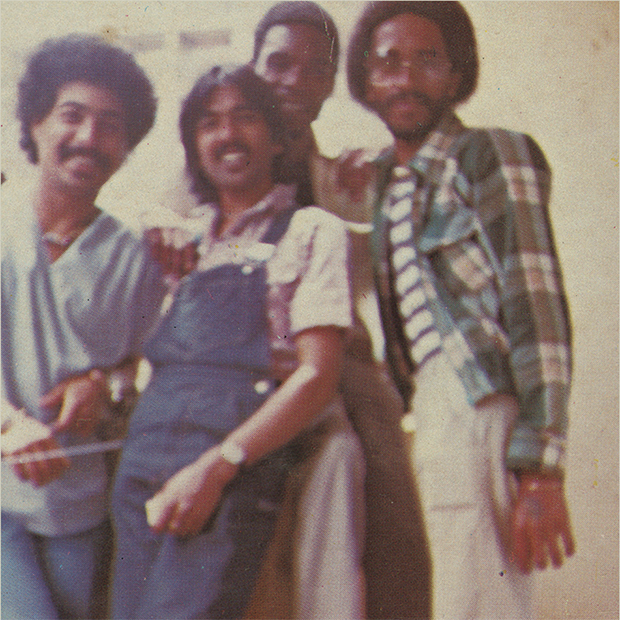